India Leadership Conclave 2017 nomination process journey began in the first quarter of the calendar year in 2017 from Jan-March to find out the best talents, innovators, reformers, social entrepreneurs, public administrators in the top categories through a very standard fair & independent way of bringing top six names to the final list of voting. The internal team of experts at Network 7 Media Group, the flagship media property of Indian Affairs looked at the all-round progress of the individuals/companies & consultations were made with various associations of india & trade bodies. Final selections were made by public from the recommendations of the top industry associations & chamber of commerce. Upon much consideration, research & detailed analysis, nominees were found based on a robust process that involved considerable comprehensive mechanism that Network 7 Media Group do years after years.
Very importantly, India Leadership Conclave’s mantra is very simple & clear. We dont follow a fixed set of rules of traditional theories of selecting a nominee in the final six list either based on seniority, age or celebrity status. We go by our research, experts advise & bring to light those talent & innovators who never got noticed in mainstream media or recognized. When they see their names in the big six final list, they feel proud, for us, that is the winning moments after relentlessly following & chasing for finding the credible name!
Here are the final six nominees at the prestigious India’s Most Promising & Valuable IT services and solutions enterprise 2017

Industry analysts believe that widespread impact that digital disruption is having on the sector and political factors like US protectionism and Brexit. The shifts to cloud and automation are forcing IT services companies to rework their model that depended on building custom software using masses of engineers. For the sector as a whole – including large, medium and small IT firms but excluding MNC captive centres – the growth in 2017 is expected to be a mere 5.3 per cent. That’s a steep drop from the 8-10 per cent that the industry is expected to do, as per IT industry body Nasscom, in the 2016-17 fiscal year

India is the world’s largest sourcing destination for the information technology (IT) industry, accounting for approximately 67 per cent of the US$ 124-130 billion market. The industry employs about 10 million workforces. More importantly, the industry has led the economic transformation of the country and altered the perception of India in the global economy. India’s cost competitiveness in providing IT services, which is approximately 3-4 times cheaper than the US, continues to be the mainstay of its Unique Selling Proposition (USP) in the global sourcing market. However, India is also gaining prominence in terms of intellectual capital with several global IT firms setting up their innovation centres in India.The IT industry has also created significant demand in the Indian education sector, especially for engineering and computer science. The Indian IT and ITeS industry is divided into four major segments – IT services, Business Process Management (BPM), software products and engineering services, and hardware.The Indian IT sector is expected to grow at a rate of 12-14 per cent for FY2016-17 in constant currency terms. The sector is also expected triple its current annual revenue to reach US$ 350 billion by FY 2025#.

News about the coming death of India’s information technology (IT) services industry started to trickle in about five years ago. KPMG broke the news of “the death of outsourcing” in a white paper in July 2012. In January 2013, The Economist reported that India was no longer the automatic choice for IT services and back-office work and cited a report by the consulting firm Hackett that the migration of service jobs to India (and other offshore locations) would stop entirely by 2022. 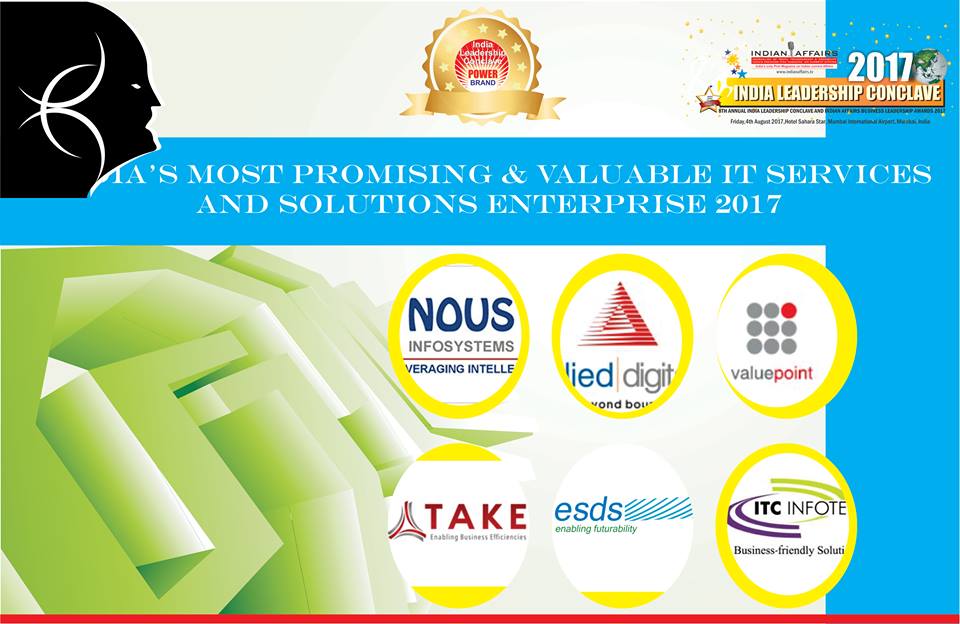 Despite such prognostications, there is also optimism about the prospects of India’s IT services industry for the coming decade. First, the industry has gone through, and survived, trying times before, such as the dot-com crash of the early 2000s and the 2008 financial crisis. Second, the major IT services firms devote significant resources to employee training and development, offering world-class facilities and educational programmes for new and existing employees. Third, some of them are also beginning to adopt new business models and develop new products and platforms to wean themselves off low value-added services and time-and-materials and fixed-price pricing models.
Finally, the $1.2 trillion global IT industry, growing at a rate of 4% a year, will continue to offer opportunities for IT services firms operating at all stages of the IT global value chain. CIOs (chief information officers), the primary customers for IT services, tend to be risk-averse and like to do business with firms with which they have had good prior experiences. All of these factors should continue to offer opportunities for India’s IT services firms for the foreseeable future.
However, not all firms will do well, or even survive, in the new, hyper-competitive global business environment. Only firms that continually upgrade their capabilities and offerings in line with emerging technologies and market imperatives can hope to survive and even prosper in this environment. There are five priorities for firms to pursue now to carve out a fair share of the IT services global pie for themselves in the future.

India Leadership Conclave is india’s the Most definitive destination of leadership gatherings of the influential leaders of the country & abroad with a focus to continuously innovate & debate ideas that are complex & important. Over the last seven editions, India Leadership conclave has emerged not only as a leadership brand but also defied the age old practices of rules & traditions that are irrelevant, Indian Affairs, the flagship media brand of Network 7 Media Group  is hosting the high profile 8th Annual India Leadership Conclave & Indian Affairs Business Leadership Awards, also known as ILC Power Brand in Mumbai on Friday,4th august 2017 at Hotel Sahara Star Mumbai, India in partnership with top govt agencies & apex trade bodies. More than 400 influential leaders of the country from politics to business, health to social & others have marked 4th august to attend. The conclave starts over a breakfast &  is debating on a powerful theme “Transformation” to be addressed by the business tycoons, rebel leaders, authors, social & healthcare reformers in recent times. The day long conclave will culminate on the much awaited annual award ceremony in a glittering award night where who’s & who’s of india would be present.