The theme of the 8th Annual India Leadership Conclave 2017 is Transformation & the key issues that will dominate the conclave proceedings will have agenda for a better tomorrow. Asia’s top minds will dwell  with the missing links that india needs to debate, deliberate & discuss at the historic ILC Power Brand Conclave & Awards 2017. If India is to claim its dominant position in the world economy than there are fundamental issues that need to be addressed. Education, healthcare, urbanization, rural development, Job creations gender inequality, among many other indices, paint the same picture & remain the key factors to be dealt surgically. There are definitely no easy answers to these grand questions, but there is no doubt that there is more to sustained economic growth than large projects that can be pushed by executive action. 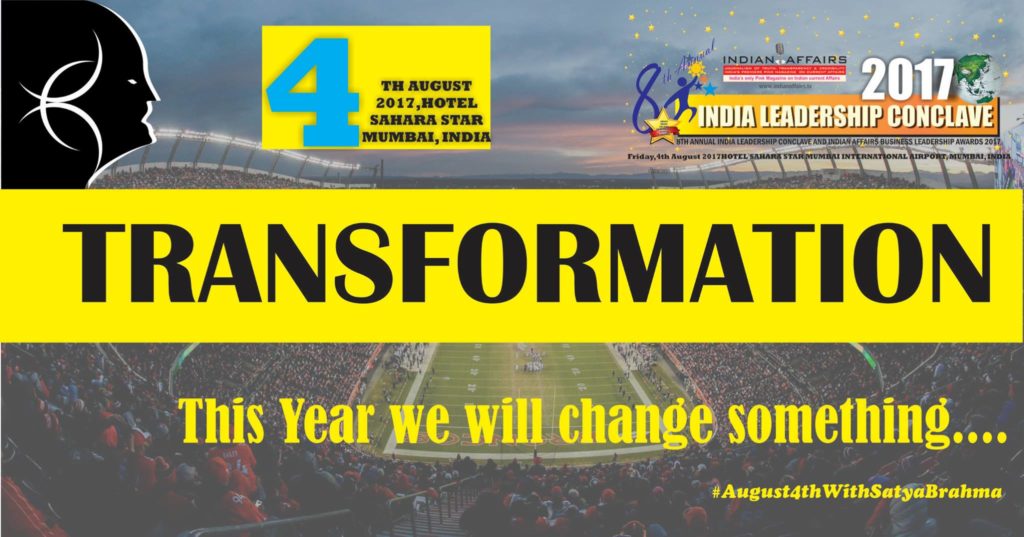 The solution lies in economic growth being more participative and equitable. Increased efforts, requiring sustained reforms, have to be made toward social-development goals to sustain economic growth and make it more equitable. Banks are experimenting with various initiatives for furthering financial inclusion. However, they have not been able to make a significant impact, given the magnitude of difficulties in reaching the excluded population due to lack of rural infrastructure, customer illiteracy and the widespread inability of customers to save.Many of the initiatives lack adequate understanding of the customer and are focused on covering the individual without actually helping the customer generate income or effectively perform economic activities, thus driving them to withdraw from the inclusion net. India has a very basic social security system catering to a fairly small percentage of the country’s workforce. Traditionally, Indians relied on their extended families for support in the event of illness or other misfortunes. However, due to migration, urbanization, and higher social mobility, family bonds are less tight and family units much smaller than they used to be. So far, neither the state nor private insurance have quite stepped up to fill this gap.

We are committed to give an ultimate leadership experience that we provide since its inception.