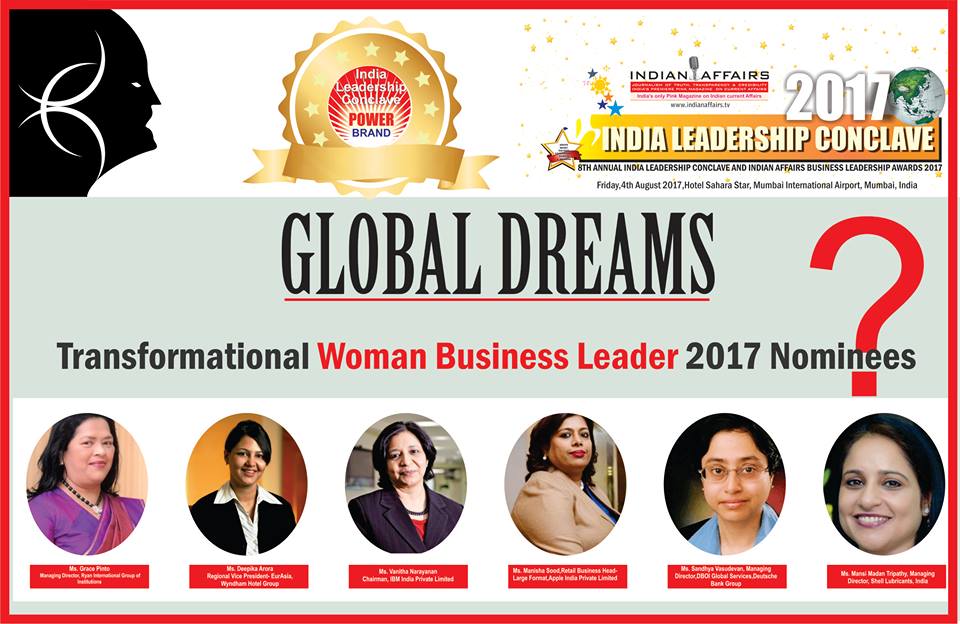 Thse six women, in particular, have assumed the dual role of de facto change agents and CEOs at their respective multi-billion dollar enterprises. In each instance, these organizations are currently undergoing radical transformative change that requires decisive action, deft leadership, innovative ideas and near flawless execution to restore the operational footing of each company back on the path toward success. Each of these “leading ladies” has had to exhibit a specific transformational leadership style to meet the immediate challenges of their respective companies to secure and ensure long-term viability.

India Leadership Conclave is india’s the Most definitive destination of leadership gatherings of the influential leaders of the country & abroad with a focus to continuously innovate & debate ideas that are complex & important. Over the last seven editions, India Leadership conclave has emerged not only as a leadership brand but also defied the age old practices of rules & traditions that are irrelevant, Indian Affairs, the flagship media brand of Network 7 Media Group is hosting the high profile 8th Annual India Leadership Conclave & Indian Affairs Business Leadership Awards, also known as ILC Power Brand in Mumbai on Friday,4th august 2017 at Hotel Sahara Star Mumbai, India in partnership with top govt agencies & apex trade bodies. More than 400 influential leaders of the country from politics to business, health to social & others have marked 4th august to attend. The conclave starts over a breakfast & is debating on a powerful theme “Transformation” to be addressed by the business tycoons, rebel leaders, authors, social & healthcare reformers in recent times. The day long conclave will culminate on the much awaited annual award ceremony in a glittering award night where who’s & who’s of india would be present.